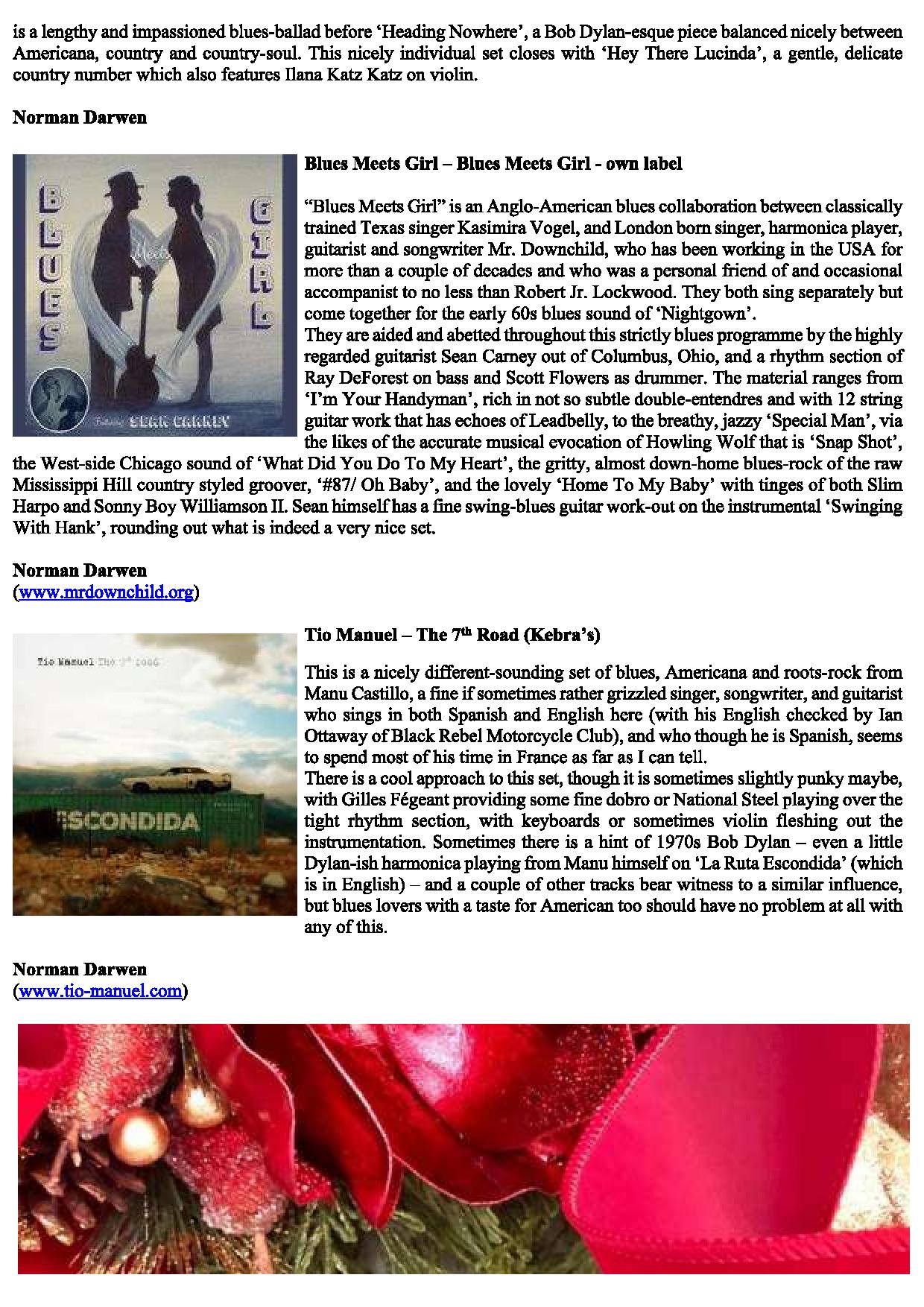 This is a nicely different-sounding set of blues, Americana and roots-rock from Manu Castillo, a fine if sometimes rather grizzled singer, songwriter, and guitarist who sings in both Spanish and English here (with his English checked by Ian Ottaway of Black Rebel Motorcycle Club), and who though he is Spanish, seems to spend most of his time in France as far as I can tell. There is a cool approach to this set, though it is sometimes slightly punky maybe, with Gilles Fégeant providing some fine dobro or National Steel playing over the tight rhythm section, with keyboards or sometimes violin fleshing out the instrumentation. Sometimes there is a hint of 1970s Bob Dylan – even a little Dylan-ish harmonica playing from Manu himself on ‘La Ruta Escondida’ (which is in English) – and a couple of other tracks bear witness to a similar influence, but blues lovers with a taste for American too should have no problem at all with any of this.